HELP FOR THOSE SEEKING SAFETY 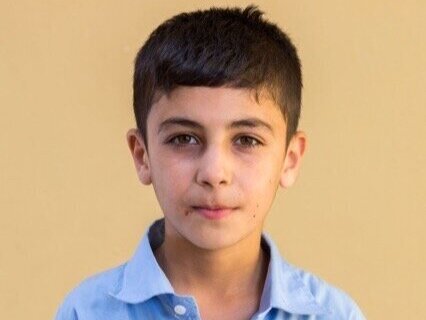 Tarek* fled Syria with his family when they began to fear for their lives.

By the time they reached Jordan, Tarek says, “ … I was destroyed from the inside out.” On top of displacement, children living as refugees cope with trauma after war, bombings, and constant fear. Tarek’s trauma was realized through speech disorders and mumbling. He used to hide in his home for days to avoid bullies and embarrassment.

There are more people fleeing home than ever before.

As of 2019, 79.5 million individuals have fled violence, persecution, extreme poverty, and increasing climate crises in their home countries without any guarantee of ever returning. They are seeking safety, opportunity, and a chance to live with dignity. Those who flee often end up living in poverty, with insufficient food, clothing, and shelter. On top of physical needs, they are also coping with grief and trauma. 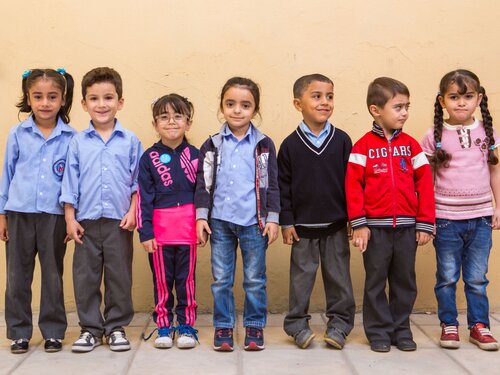 In Lebanon and Jordan, Nazarene schools provide scholarships for children living as refugees—children like Tarek.

Eventually, Tarek’s father convinced him to attend the Nazarene school. Although he had missed several years of school, a common issue for displaced children, his teachers helped motivate and encourage him. “Thanks for the Nazarene school for helping me to feel that I’m still a human being,” he says.

How do refugee and immigrant support projects make a difference?

Not a single one of the millions who have fled would have left everything they know, carrying their children on a dangerous journey, unless the danger they leave behind is far greater. As the church, we are called to care for the vulnerable and welcome the “stranger” (Matthew 25:35-40).

Nazarene Compassionate Ministries partners with local churches around the world to support refugees and immigrants through education for children, assistance for persecuted Christians, emergency relief for families in crisis, and support for families who have been resettled. In the United States, NCM also works with compassionate ministry centers that are providing legal assistance for people seeking a path to citizenship. 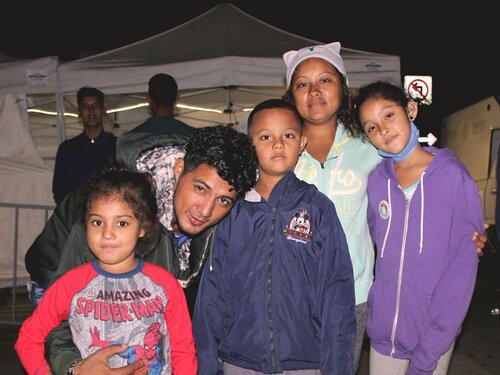 Andrea* and her family left Honduras hoping for a better future. Her children are young, and she didn’t want them to grow up without food or opportunities to live without poverty. As she travelled north, she encountered a Nazarene mobile medical brigade, a group that travels through Mexico during crises to provide medical care.

When her daughter suffered an accident, they provided the care she needed. “Wherever we’ve been they’ve been supporting us medically,” she says.

“Thank God, because of their attention my daughter was able to heal.” 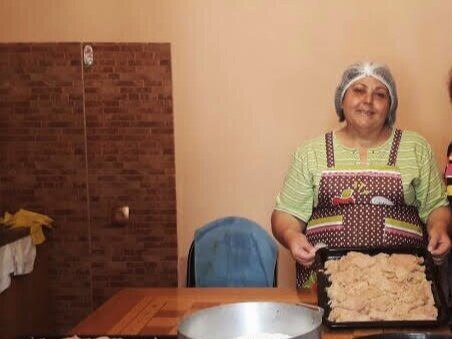 In Eurasia, ongoing refugee response changes often. Many of those living as refugees have been stopped at borders and are now living in camps meant to be temporary. In the midst of this, Nazarene churches are responding through ministry.

In Armenia, one Nazarene church is supporting Syrian families who found themselves there. One woman, Ani, says of the church,

“I am a shy person, but when I got to know this church, I felt that I could be myself.”

NCM Refugee Toolkit – In light of increasing numbers of displaced people due to conflict, natural disasters, and lack of access to basic human rights, this toolkit has been created to help churches think through appropriate church-based responses.

Immigration-Focused Worship – This handout is designed for to use in your congregation’s Sunday morning services, small group meetings, or Sunday school classes throughout the year.

Learning to Welcome the Stranger – Simple ways to connect with and meet immigrants and refugees around you.

In Their Own Words: Voices of Refugees on the Journey – Meet refugees who have fled their homes out of desperation to journey toward safety and refuge.

Evangelical Immigration Table – A national movement of Christians committed to learning more about what the Bible says about “welcoming the stranger,” and living out these biblical principles in our churches, our communities and our nation.

The Danger of a Single Story – A TED Talk Novelist Chimamanda Adichie, telling the story of how she found her authentic cultural voice – and warns that if we hear only a single story about another person or country, we risk a critical misunderstanding.

World Relief's Welcome the Stranger – Immigration is one of the most complicated issues of our time. Voices on all sides argue strongly for action and change. Christians find themselves torn between the desire to uphold laws and the call to minister to the vulnerable. In this book World Relief staffers Matthew Soerens and Jenny Yang move beyond the rhetoric to offer a Christian response.

Human trafficking turns people into commodities to be bought and sold. You can be part of ending the crime and caring for those who have survived it. Give now to support efforts to end human trafficking around the world.